Weaving is still a very new to me. There is so much to learn and understand still but the whole process is really fascinating. Since sewing with fabric has been my biggest obsession, learning how to make fabric from scratch has been so illuminating. Using a floor loom requires some serious attention, similar to how I think about keeping track of your pattern in knitting. With a floor loom, you control the pattern with pedals that you press in a series of combinations. The process is very physical as you are pedalling with your feet and passing the shuttle back and forth with your hands, plus beating the work as you go. The Heirloom Tea Towel is the second floor loom class we’ve had at the workroom. For these first floor loom classes, we have set up the looms in advance of the class. Each loom takes about 6 hours of set up time! Joanna calculates and sets up the loom with twelve classes worth of warp thread. It’s been a good way to introduce these classes but we are certainly looking forward to a future class that will walk people through the entire process with a project.

We had a bit more flexibility with the design and colours for this tea towel. I chose to do the Diamond pattern as a denim blue stripe with the rest of towel in a light blue plain weave. Many people have chosen to do full tea towels of one pattern which looks amazing. I’m such a slow weaver that I really appreciated having a large expanse of easy plain weave to help me catch up. Also having a donut reward at the end of the project was pretty motivating as well. (Thank you, Agnes) My tea towel has a bit of ‘Morse Code’ (aka some mistakes) throughout, which I decided to keep rather than trying to fix every mistake that happened. Just some added texture that is unique to my personal interpretation of the design! 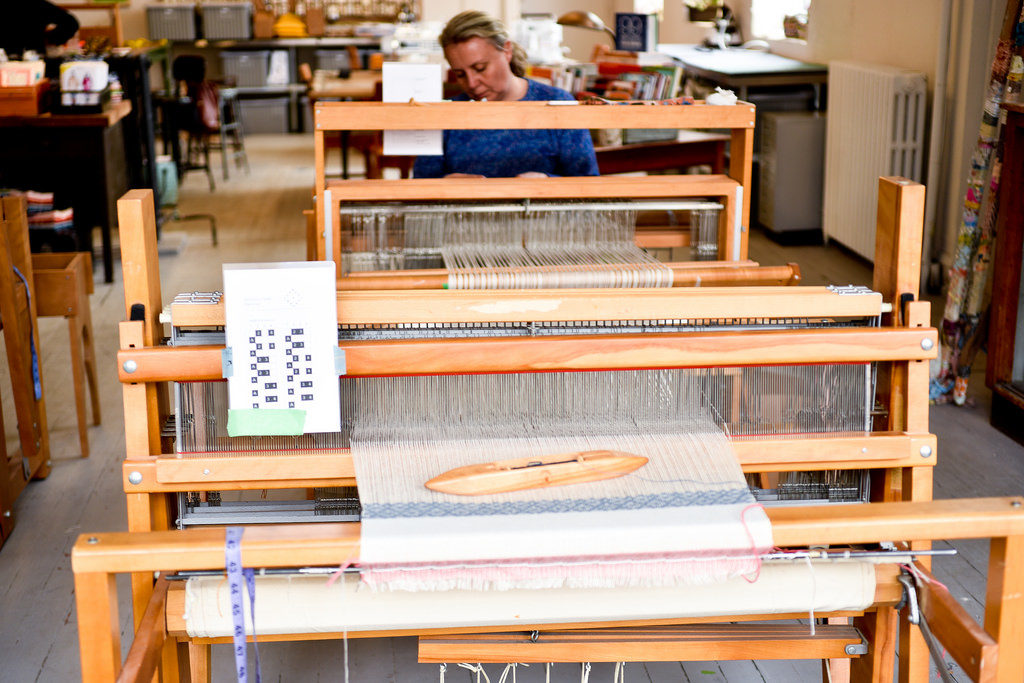 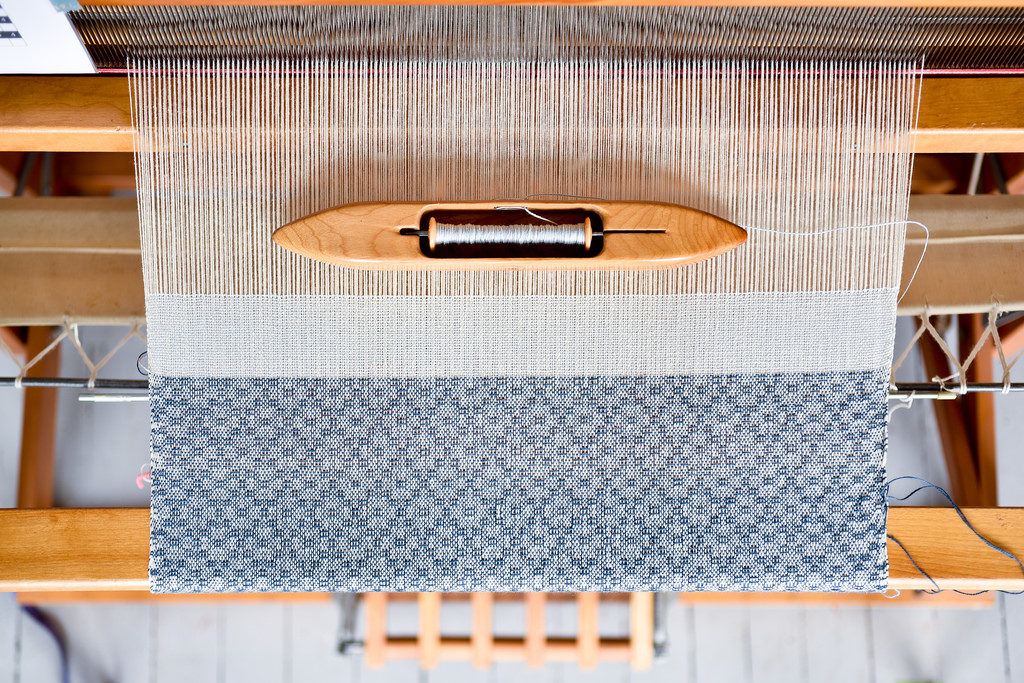 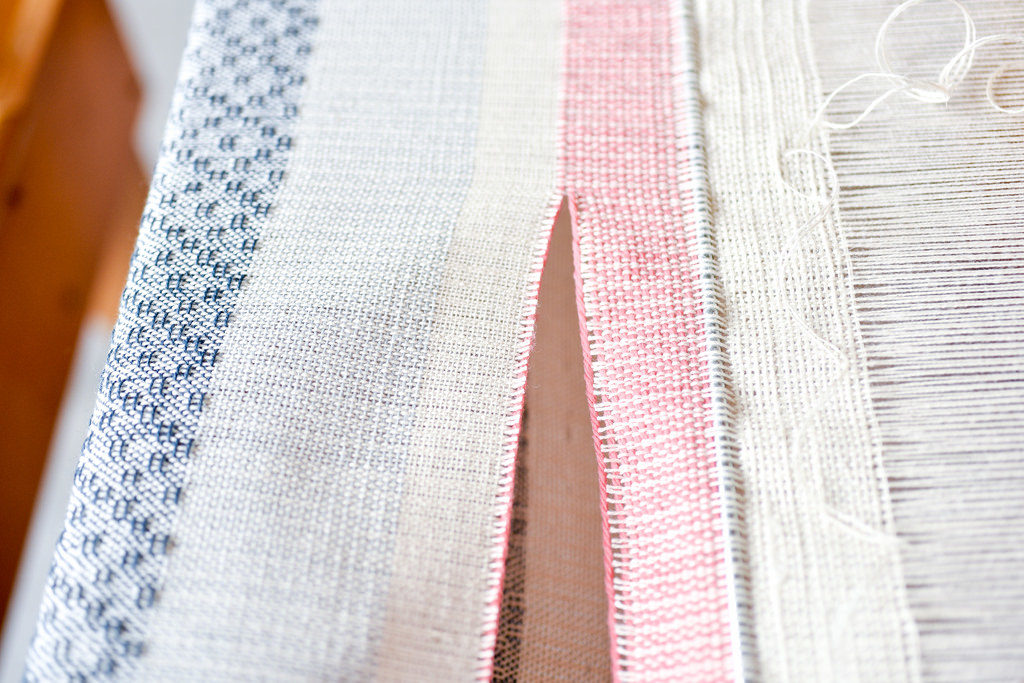 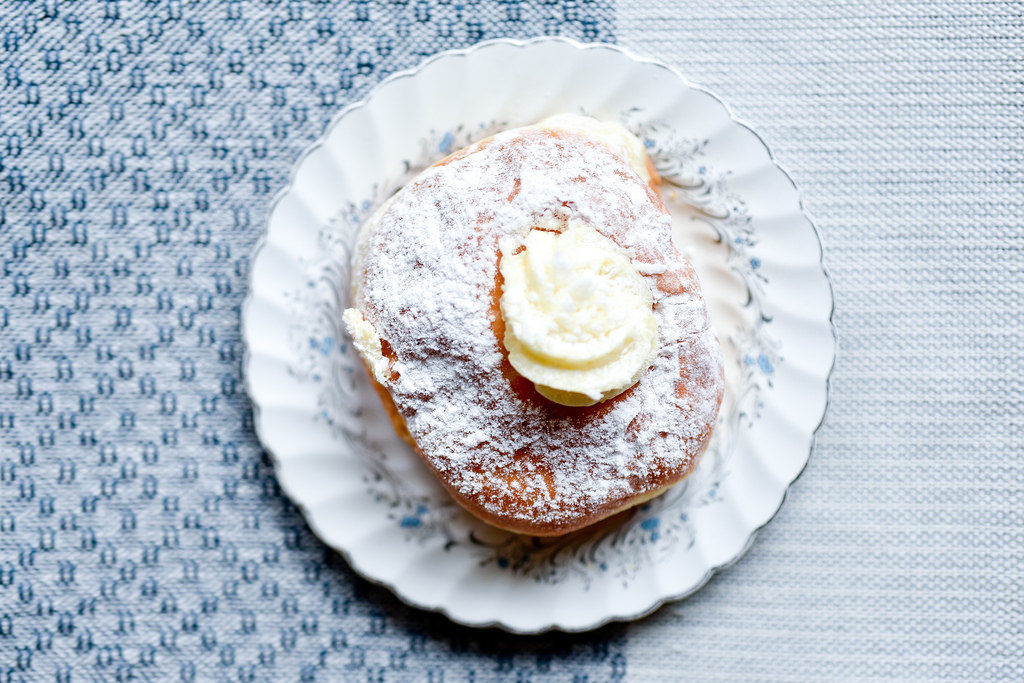 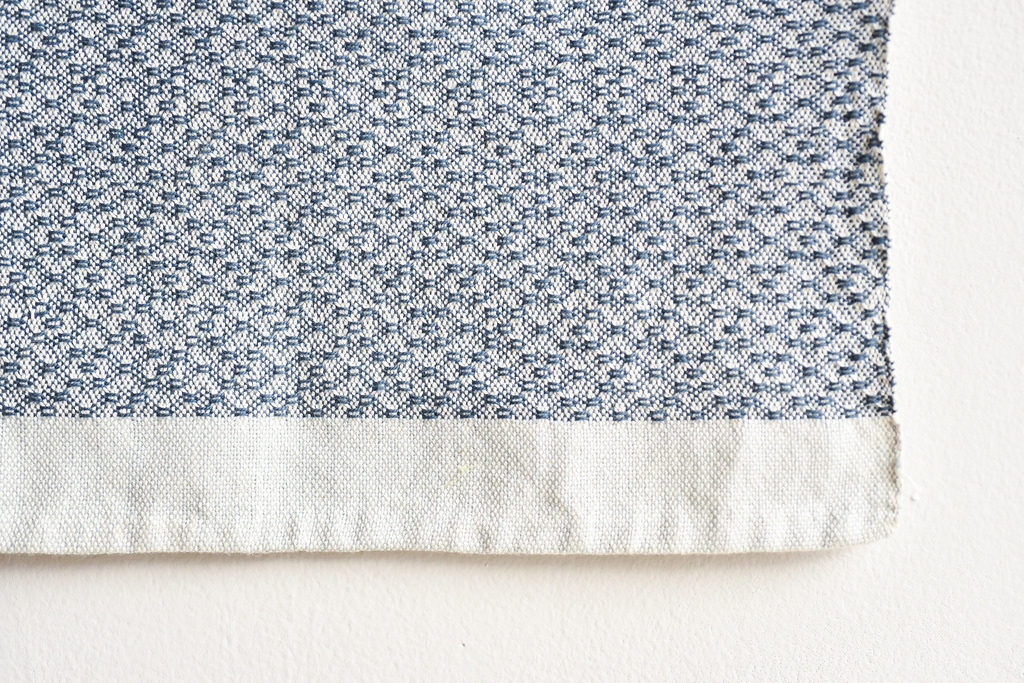 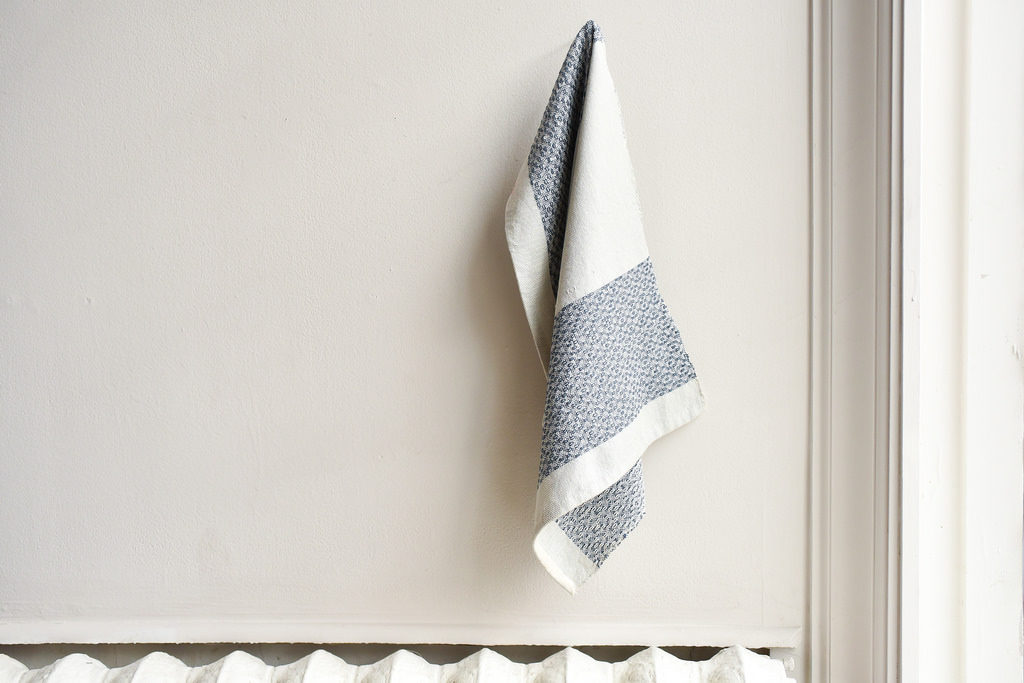